“To be read. To be heard. To be seen. I want to be read, I want to be heard. I don’t need to be seen. To write requires an ego, a belief that what you say matters. Writing also requires an aching curiosity leading you to discover, uncover, what is gnawing at your bones. Words have a weight to them. How you choose to present them and to whom is a matter of style and choice.”

“What needs to be counted on to have a voice? Courage. Anger. Love. Something to say; someone to speak to; someone to listen.”

The crowded bookstore is silent.  Rows of chairs sit in the front window facing the author’s podium pushed in next to the cashier’s desk. The audience, all adults, hold back tears as they reflect on their lives as parents. As writers and teachers of writing, they know the conclusion is coming soon.  The silence is broken by a mother’s sob, her own child’s current health too realistic for this fictional reading. The reader coughs, then, after pausing for a sip of water, finishes her story, just as it began, with two healthy children. A mother herself, the reader politely asks for questions. A listener comments, “I am so glad you didn’t have the child die because it  would have changed the point of the story.” The author nods in agreement, “You’re right, because then it would be a tragedy and that isn’t what I wanted this story to be.”

How does one write about a tragedy and not have it be anything but tragic? How can I tell my story without making your head turn to the side eliciting sighs accompanied by the standard “hmmm” response? How do I write so the positive moments are not overpowered by the conclusion?

My son, Joshua, was diagnosed with Menkes Disease at the age of six months. Fifteen months later, he was gone.  Our extended friends and family celebrated with us at Joshua’s birth and over a hundred filled the church during a blizzard the Saturday before Christmas to mourn with us.

The twenty-one months we were given with him altered my husband’s, Courtney, and my perspectives on all aspects of life.  I cannot write this story without reflecting on who I was before Josh was born, the mother I became while he was with us, and now, what remains after our loss.

My story is about searching for grace during grief and for the strength to continue.

I am a small town girl
born and raised in Montana.
I am a daughter and a little sister
who was taught family always comes first.

I am a crazy lady in pajamas and snow boots
covering her garden to protect it from frost.
I am a pet owner to a Springer Spaniel named Hoyt
and a Lab-What?-mix called Jasper.

I am a wife to a husband who after ten years of marriage
has become my best friend.
I am a teacher of English
and a student of society.

I am a carrier of the terminal ATP7A gene mutation.
I am what Emily Rapp terms a dragon mother.
I am a realist
who wishes I was an optimist. 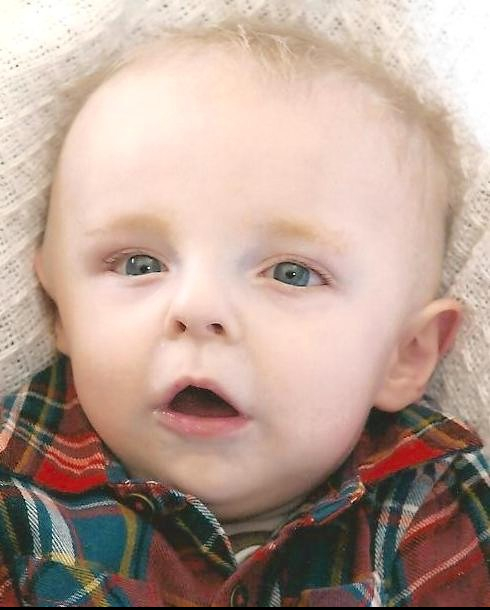